Fast Agile: From Whiteboard to Launch in 12 Weeks. 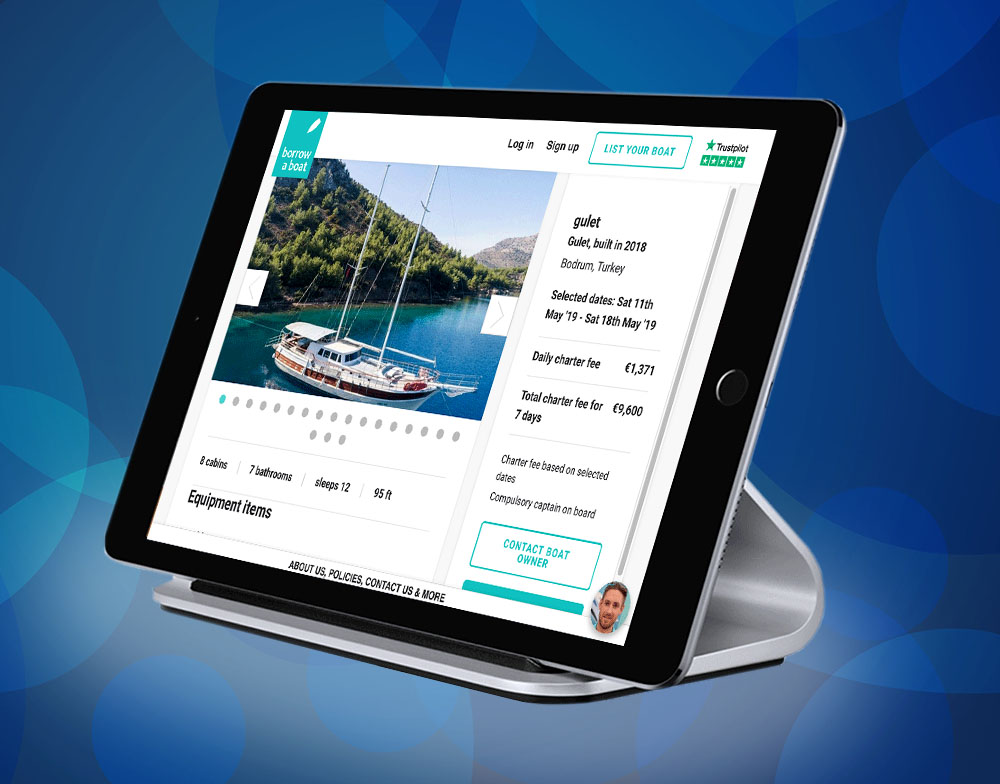 We had 12 weeks to launch a new omni-channel offering for Borrow A Boat in time with their summer marketing campaign.

With 19,000 boats in 60 countries, 10 third party APIs and over 60,000 high quality images, the team were tasked to deliver a platform integrated with social media and search engine technology.

And all this had to be ready for the start of the holiday booking season and Borrow A Boat's major sponsorship announcement.

“Blue Hat really listened to our priorities and adapted their proposal accordingly.  They were aligned with our desire to have the team working closely with us and we were attracted to their highly collaborative working approach.  As part of this dialogue, we understood the benefit of a modular approach, and in Phase I automating only those aspects which were high volume regular activities.”
Matt Ovenden, CEO and Founder

To build an enterprise grade product in 12 weeks. No mean feet. We needed to return results of 19,000 boats in less than 1 second and allow the real time filtering of data to provide prices for boats including complexities such as skipper and partial week bookings.

With an existing business and WooCommerce website, we quickly reverse engineered the design. Over many cups of coffee we gatherer around a white board to design the UX and process flow for the new software. The API design was crucial to ensure data from many sources was clean and indexable.

We worked with Borrow A Boat to identify their key goals

► Omni-Channel - allowing Borrow A Boat to engage with clients across web, mobile and social platforms was absolutely critical for the business as a whole.

► Enterprise solution - which would provide a platform for long term growth and allow the firm to capitalise on new commercial opportunities such as the Super Yacht market (launching "Borrow A Boat Plus").

► Simplifying complex data - with a dizzying array of facts and features from multiple external data sources, the data had to be presented in a consistent and simple form to communicate clearly to those new to boat renters.

►Scalable - the solution had to be scalable to support Borrow A Boat's international aspirations.

We introduced an Agile working methodology to the firm, specifically Scrum -

► In the initial sprint, we developed a small Proof Of Concept that allowed the business to shape specific features. We created a repeatable build pipeline and built the initial data structures to prepare for delivery at speed.

► In subsequent two-week sprints we delivered new features and shipped real product, initially an internal test site, then a beta site, and finally switching to the new production site.

In the process, we developed tests around core functionality.

Following completion of Phase 1 and with a product now launched , we moved from a pure SCRUM approach to a Kanban delivery approach to support the start-up business in full growth mode -

► Feature Driven Design allowed threads of new features to be developed independently and released when completed.

► Live Enhancements are supported in an increasingly mature product, with the need for urgent changes in a live context, and the development of new functionality such as additional APIs and new process flows

► Test Automation and a Dev Ops process combined to allow features to be tested in iscolation without the need for heavy regression testing of previously completed features.

It was important to Borrow A Boat that we build a platform that could expand with their business ambitions. Using a range of technologies, we tackled the problem head-on. Through the use of strongly-typed C# code we developed a robust, parallelised gateway for data entering the system from multiple data sources. With the quality of data assured we could then leverage the rapid application development style of Python, including leveraging many of the CMS and admin features of Django and the Django REST Framework.

Significant time was spent on data design. Working closely with the Product and Operations teams we agreed a standard Data Model. This discipline enabled our team to work efficiently on the ingestion, cleansing and presentation of data.

We developed a simple but robust build pipeline, this allows the Borrow A Boat team to deploy (or rollback) software into regression test, pre-production and the live environments with a single click.

A high-quality React and Redux front-end was integrated with Google Tag Manager and Google Analytics, offering tracking of audiences across all social media and marketing platforms. The app also included integrated use of Google Maps for geo-location, and provides market-leading UI and UX – working as a marketing and sales differentiator when compared to the competition. 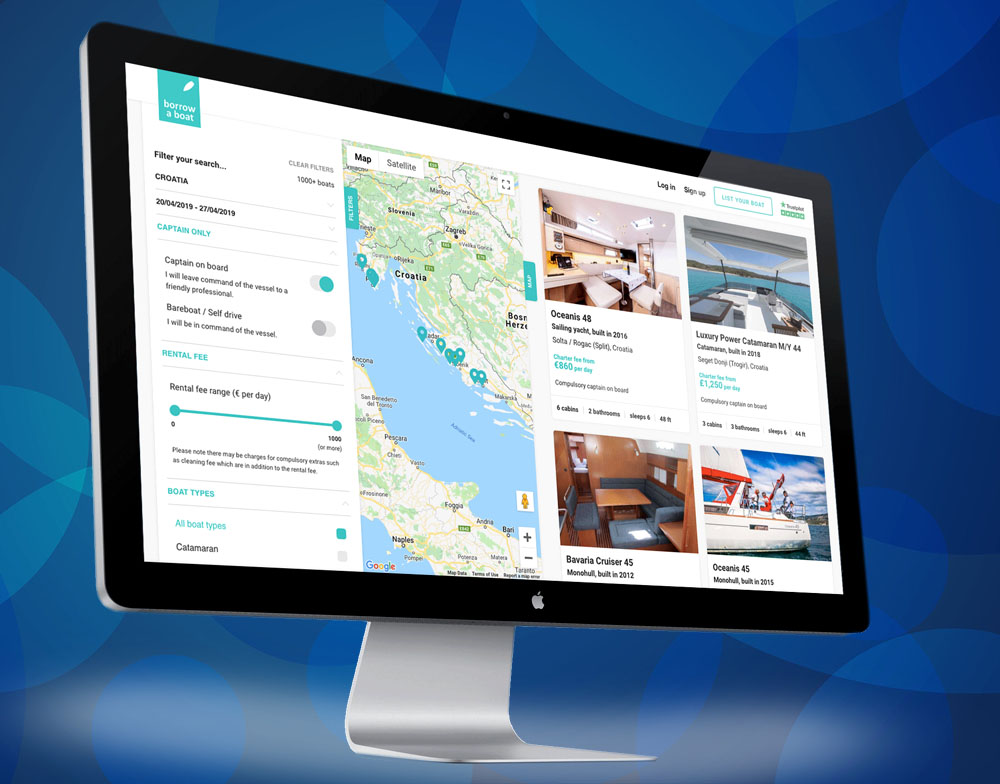 “We have been really pleased with the website offering and technology framework which will give us a robust platform to drive our business forward. We have enjoyed excellent lines of communication with the Blue Hat team and their approach of co-locating and in-housing a developer team is something we haven’t found elsewhere.”
Matt Ovenden, CEO and Founder

Under direction from the Product, Operations and Marketing teams, we developed the key features for the summer 2019 booking season, hitting our initial 12-week deadline and further deadlines as Borrow A Boat continued to develop new brands.

Over the initial 12 weeks we launched a new online presence. Following our phase 1 release of the MVP, the team continued over an additional 12 weeks to to develop new features, including Borrow A Boat Club and Borrow A Boat Plus.

Members of the Blue Hat team assisted Borrow A Boat in their technical staffing requirements by acting as interim CTO, hiring an in-house development team, and providing full support for handover.

We wish Borrow A Boat every success on their mission to bring the excitement and relaxation of boat based holidays to new markets. Meet them as main sponsors of the 2019 Southampton International Boat Show!

The Next Generation of Payment Fraud Detection